Development, and growth of the fractal demonstrates the (money and Keynesian) Multiplier.

The (Keynesian) Multiplier shows how an initial injection of expenditure into an economic system goes on to create more income. This is because added expenditure – in itself – sets off additional rounds of expenditure with each and every hand or round this income passes.
This principle of 'multiplying' the initial injection can be demonstrated by use of the fractal:
In the diagram below: income is represented by the area of each and every triangle, and the rounds of spending by every iteration of the rule. 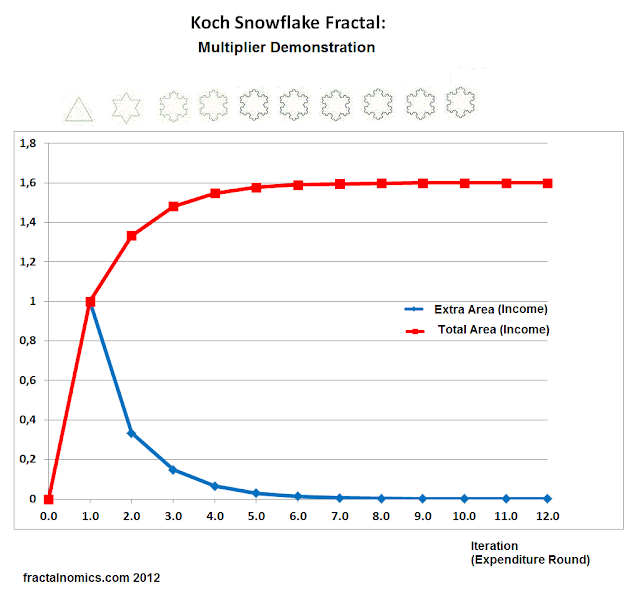 A classroom demonstration:
(see the below photo) careful to save the other 50%. The 1st and largest half represents the initial injection, and the 11th and smallest half (the last the paper can be divided). The iterations multiply a factor of 2 times of the 1st half. 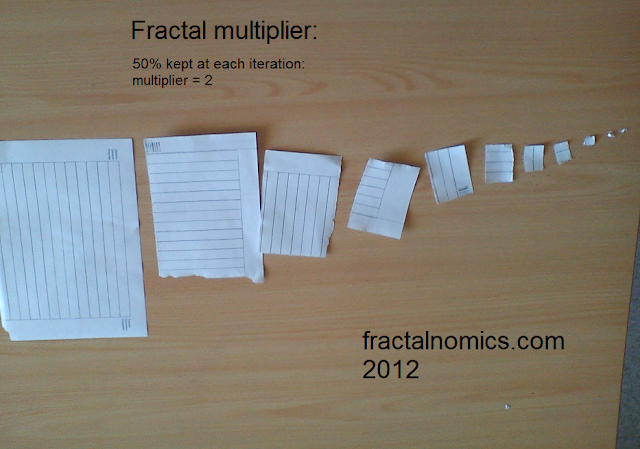