Showing posts from August, 2021
Show all

Rutherfords Edict No Communism in Lab 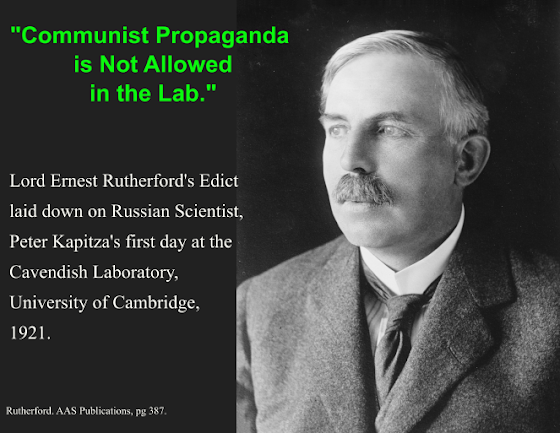 " Communist Propaganda is Not Allowed in the Lab." Lord Ernest Rutherford's Edict laid down on Russian Scientist, Peter Kapitza's first day at the Cavendish Laboratory, University of Cambridge, 1921. Reference: Rutherford, J Campbell AAS Publications, pg 387. I personally think he is the greatest scientist of all time. His discoveries, by experiment, opened the door to the world we inherit. As a New Zealander myself, I am deeply inspired. I have been many times to his home town, I used to work near Havelock, and I did my teacher training at Nelson College. He was. by all accounts, a man of principle. It was with that in mind I put this 'Rutherford's Edict' together this morning on his 150th birthday. I think his edict is lost in today's world and the likes of my work (on the fractal and the atmosphere) will never be seen because of it.
Post a Comment
Read more
More posts